We're open 24/7 and ready to help you during COVID-19 with Sanitization Solutions.

What Are the Risks Sewage Backup Poses for Residential Properties?

Published by SEO on October 29, 2021 in category: Uncategorized 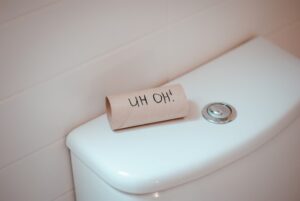 Anyone, at any moment, can experience sewage back up in their house. A sewage backup can be caused by a variety of factors, ranging from a clogged pipe to a flood that overflows a local sewer system. A sewage loss may appear to be a reasonably simple cleaning to manage on your own, but professionals should only handle it.

Sewage backups are one of the most serious plumbing issues due to the sheer danger they pose to homes and residents. Sewage has the potential to transmit sickness, infection, and perhaps even death. Since these toxins are frequently discharged into the air during the cleaning process, it is critical to hiring a certified sewage backup restoration expert is critical.

The following sections highlight the risks of sewage backup, which may be caused if not handled with utmost caution.

For starters, we will explain what sewage is. It is mostly polluted water that contains waste of any kind. Sewage can contain trash from both domestic and industrial sources. The waste might range from something as innocuous as soap to something more dangerous, such as animal and human feces or hazardous wastes from industries.

It Contains Bacteria and Other Diseases

Staying in the same space with sewage for any time typically means getting into contact with many dangerous germs and illnesses. According to the National Resources Defense Council, sewage pollution causes almost 2 million episodes of the disease each year.

Toxins, bacteria, and viruses in sewage create a serious hazard to humans and animals. Furthermore, sewage may contain additional hazardous chemicals such as pesticides, prescription medication residues, fungus, and protozoans.

Sewage pollution should be regarded as highly hazardous because numerous extremely infectious species of viruses and bacteria are found in sewage. It has the potential of making not only those who have direct contact with it extremely sick but also anyone else with whom the exposed comes into contact.

Hand-to-mouth interaction is the most typical method for germs from sewage backup to enter your body. It is possible to come into contact with germs by not thoroughly washing your hands after handling sewage and then eating or drinking. Many people think about washing their hands before eating or drinking, but smoking a cigarette or cigar with dirty hands is an exceedingly easy method to become infected with bacteria and illnesses.

Skin contact is the most prevalent route for germs to infect you. This might be as simple as forgetting about a wound on your leg and exposing it to sewage. A disease found in sewage may spread much faster if it has an accessible entry point into your body, such as an unhealed wound. You incur the danger of illness while treating sewage directly, no matter how cautious you are.

Not only would it be dangerous to come into direct touch with raw sewage, but it may also poison the air around you. Along with physical pollutants, sewage backup emits airborne particles. Inhaling untreated sewage fumes can cause gastroenteritis, often accompanied by vomiting, fever, cramps, and, if ignored, death.

Asthma is another prominent health issue connected with sewage-related air pollution. Because sewage can emit toxins or even contaminated dust, the risk of inhaling the toxins is quite significant. These contaminants can damage your upper respiratory tract when breathed in, which may cause asthma-like problems and breathlessness.

One of the most critical things to do if you observe sewage coming up is to contact a plumber! If you come in contact with wastewater in any manner – make sure to take a shower as soon as possible. Try to stay away from others and avoid eating as it can make you sick.

As soon as you witness sewage backing up, wear shoes with rubber soles and rubber gloves so it does not touch your skin. You should also wear a mask so you do not inhale any air pollutants.

A sewage backup can be a particularly hazardous scenario. Due to the obvious complexity of fixing up and restoring the sewage loss, it is far better to entrust the sewage backup restoration and cleanup to the specialists. 911 Restoration of Antelope Valley is fully aware of the risks and health concerns that a sewage backup may offer. We work towards making your home safe and ready for habitation again.